As the core elements of a novel go, setting is easy to overlook. It may be obvious that you’ll need to tell readers where events are taking place. But creating a real sense of atmosphere, location, and time is the real challenge. Creating setting in a story goes a long way toward giving the rest of your novel, including your characters and plot, the ring of truth.

In some cases, you’ll actually be making a statement about a specific setting with your story. Many of Graham Greene’s novels, for example, say as much about their setting as about their characters. Historical novels aim to satisfy their readers’ curiosity about a time and place, and this setting can be more of a selling point than the story itself.

But even when setting isn’t a central focus, it’s important to illustrate setting as a way to breathe life into the rest of your story—both in terms of your novel as a whole and in terms of each individual scene. Setting, including time and place, play into every other aspect of your story from atmosphere, mood, and characters, to the plot itself. 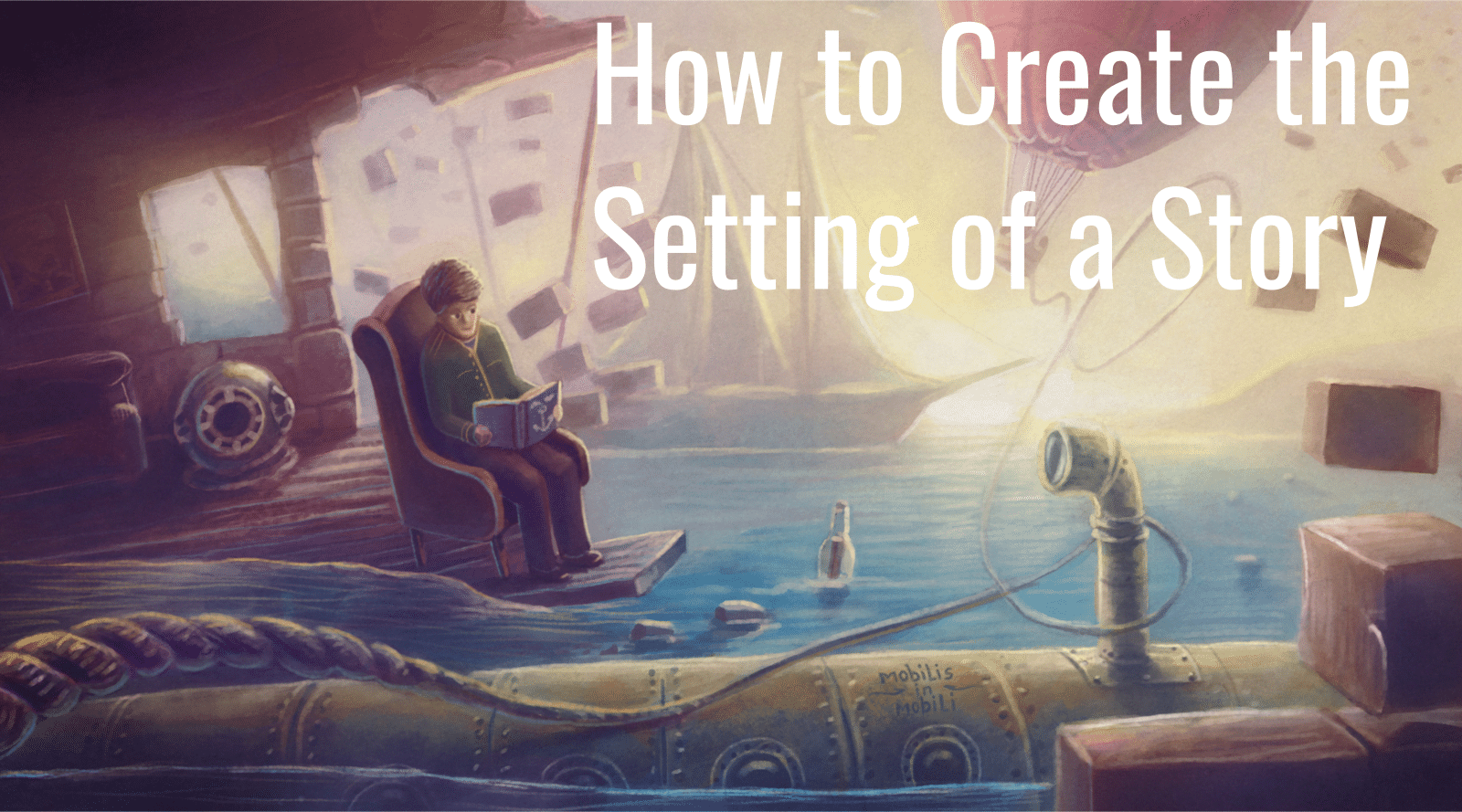 A Sense of Place

While it’s far from the only element of setting, place or location is likely the first thing most authors think of when considering setting. Is your story set in New York City? The Himalayas? The Sahara Desert? A fictional, magical forest? This may already be built into your core idea, or it might be an important decision you need to make as a backdrop for events.

If your story is set in a real-world location, even only as a backdrop, do your research. Find out everything you can about the place, right down to its physical layout. Read other fiction set there, and read nonfiction about the location. Maybe most of all, do whatever you can to find out how the place feels. Watch films set, and preferably filmed there. If at all possible, take a trip there yourself! It pays off to learn details, from geography and physical surroundings to the way the light hits at 4 PM in the summer.

Understanding a location helps you craft atmosphere, imagine the scene as you’re writing it, and connect with readers who may know the place themselves. Your portrayal of a place should ring true even for readers that have spent their entire lives there. And these are all solid strategies for a novel that isn’t even particularly focused on place. If your novel is making a statement about a location, it’s that much more important.

For this reason, it can also pay off to set your story somewhere you already know well. Many authors have made a name for themselves writing books that paint a picture of where they grew up—think of Flannery O’Connor, William Faulkner, Charles Dickens, John Steinbeck, and Chinua Achebe. Their novels are much more than simply an exploration of place, but their work is also inextricably tied to where they grew up.

Setting goes beyond location. For some novels, set during a time in history or in the future, time period is incredibly important. Once again, research is key. The same rules for illustrating location go for illustrating your setting in terms of time. Even futuristic science fiction is most effective when it’s grounded in real science. If your book is set 100 years in the future, can you do some research to make an educated guess on what the world could look like? To whatever extent possible, try to research your time period. If you’re writing about World War Two, try interviewing someone who was there. And of course, authors will always be especially effective writing about a time period which they lived through themselves.

Setting also deals with the passage of time itself. Over how long a period of time does your story play out? A single evening? A century? Failing to clearly illustrate the passage of time can make your story confusing and less immersive for readers. It’s also an opportunity to show how a location and your characters change, giving your story forward momentum.

Creating Setting in a Story

Your setting should be more than just an interchangeable backdrop; other crucial story elements are inextricably tied to their setting and context. In some cases, setting shapes the major conflicts and obstacles of a story’s plot. An entire genre of survival fiction, such as My Side of The Mountain or The Revenant, draws its major challenges to characters from a rugged and often life-threatening natural setting. Other novels draw on the political conflicts present in a certain time and place.

But in virtually any well-written story, setting lends a sense of atmosphere to each scene. Consider what’s happening around your characters in a given scene, especially during pivotal moments in your plot. Is it sunny? Raining? What time of day is it? Are they alone, or surrounded by a crowd? Help your readers step into your scene with details you might not think of otherwise.

It’s easy to overlook setting because authors are often so focused on building their plot in terms of a sequence of events. For a reader to get involved in your book, they’ll need to be imagining each scene in their mind as if they were experiencing it first hand, with clear visuals, and a sense of space and time. It’s part of what makes the difference between reading a well-crafted novel and listening a friend simply recounting a series of events. That’s why creating setting in a story is so important.

PreviousPrevious post:Tips on How to Write a Children’s Book
NextNext post:Plagiarism