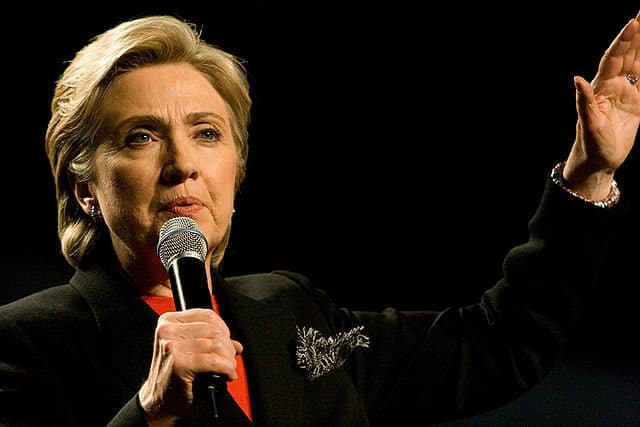 A benefit of modern social media is the means to capture and share socialists speaking their mind. Normally this would cause great alarm—if anybody was listening. Their messages that are meant to stir up envy and then to threaten forceful change as a solution is a frontal assault on constitutional freedoms. Unfortunately, the incessant drumming of their mantra has caused far too many voters to turn a deaf ear. Had the American public been listening, they would have heard some whoppers.

STIRRING UP ENVY—Howard Dean: “We know that no one person can succeed unless everybody else succeeds.”[1]

STIRRING UP ENVY—Michelle Obama: “The truth is, in order to get things like universal health care and a revamped education system, then someone is going to have to give up a piece of their pie so that someone else can have more.”[2]

Forgotten and Left Out

These statements, among others, appeal to the envious side of the “have-nots.” It suggests their place in life is not their fault, not their doing, not their responsibility. To fix it, to make things fair, to satiate the demands of envy, the socialists use their power of governmental force to change society at the expense of the “haves.”

THREATENING Force—Jim Moran: “Because we have been guided by a Republican administration who believes in the simplistic notion that people who have wealth are entitled to keep it and they have an antipathy to our means of redistributing wealth.”[5]

THREATENING FORCE—Bill Clinton: [Speaking about crime-ridden slum areas] “A lot of people say there’s too much personal freedom. When personal freedom’s being abused, you have to move to limit it.”[6]

THREATENING FORCE—Bill Clinton: “If the personal freedoms guaranteed by the Constitution inhibit the government’s ability to govern the people, we should look to limit those guarantees.”[7]

THREATENING FORCE—Hillary Clinton: “We’re going to take things away from you on behalf of the common good.”[8]

THREATENING FORCE—John Dingell: “The harsh fact of the matter is when you’re passing legislation that will cover 300 million American people in different ways, it takes a long time to do the necessary administrative steps that have to be taken to put the legislation together to control the people.”[9]

THREATENING FORCE—Barack Obama: “I do think at a certain point you’ve made enough money.”[10]

THREATENING FORCE—Jan Schakowsky: “You don’t deserve to keep all of it [private money] and it’s not a question of deserving because what government is, is those things that we decide to do together.”[11]

Bill Clinton, impeached for perjury and obstruction of justice: “The road to tyranny, we must remember, begins with the destruction of the truth.”[12]

Barack Obama: “We’ve got to make sure that people who have more money help the people who have less money,” Sen. Obama said. “If you had a whole pizza, and your friend had no pizza, would you give him a slice?”[13]

Thomas Sowell, an anti-socialist commentator and advocate for freedom, said: “The assumption that spending more of the taxpayer’s money will make things better has survived all kinds of evidence that it has made things worse. The black family- which survived slavery, discrimination, poverty, wars and depressions- began to come apart as the federal government moved in with its well-financed programs to ‘help.’”[14]

Humans Can’t Be Trusted, Government Can

Hillary Clinton:  To deal with high prices and profits by the oil industry (I.E., the workings of a free market), Hillary said the Federal Trade Commission should be called to investigate. “I think it’s time to send a clear message to what has become the most profitable sector in our entire economy that they’re being watched. I think human nature left to itself is going to push the limit as far as possible, and that’s what you need a government regulatory system for: to keep an eye on people to make the rules of the game fair, to make a level playing field and not give anybody some kind of undue advantage.”[15]

Death of Individuality and Liberty

Hillary Clinton: “It’s time for a new beginning, for an end to government of the few, by the few and for the few, time to reject the idea of an ‘on your own’ society and to replace it with shared responsibility for shared prosperity. I prefer a ‘we’re all in it together’ society.”[17]

I Am a Socialist, uh, Progressive

[8]. Hillary Clinton, quoted in Associated Press: “San Francisco rolls out the red carpet for the Clintons,” by Beth Fouhy, June 29, 2004.