How to Save the Constitution

Restoring the Principles of Libert

Our Founding Fathers’ vision for America is under attack–and you can save it.
America is a nation unique in the world, a government born under the radical idea of working for the people–not just for a powerful few. Our blueprint? The U.S. Constitution, a brilliant framework of common-sense rules necessary for self-governance. It works no matter which political party is in power.

Our Founding Fathers’ vision for America is under attack–and you can save it.

America is a nation unique in the world, a government born under the radical idea of working for the people–not just for a powerful few. Our blueprint? The U.S. Constitution, a brilliant framework of common-sense rules necessary for self-governance. It works no matter which political party is in power.

But for more than 150 years, the moral code upon which the Constitution was built has suffered neglect and decay. Millions of Americans have watched this unraveling and longed for a way to stop it. Now that way is here. Follow bestselling authors Paul B. Skousen and W. Cleon Skousen (The Naked Communist) as they guide you through the Constitution, the ways in which its core tenets are faltering, and the direct path necessary to restore them. Along the way, you’ll find review questions and memory tricks to familiarize yourself with the crucial pillars of the American republic, such as the Framers’ 28 great ideas for true liberty, the role of personal responsibility, and the basics of “People’s Law.”

How to Save the Constitution is for those who know the United States is in trouble and want to help before it’s too late. Saving our Constitution is the greatest gift this generation could possibly give to the next. Let’s get started!

Paul B. Skousen is an author and instructor on the United States Constitution. He received his undergraduate from BYU in Journalism and his Master’s degree in National Security Studies from Georgetown University. After graduate school Paul worked for President Ronald Reagan in the White House Situation Room. In addition, Paul was an intelligence officer for the CIA. He received national notoriety when he preserved a large bag of shredded top secret documents, the so-called “smoking gun” from the Iran-Contra Affair, that he sold piecemeal as “shredded secrets from the White House.” Paul Harvey and other media outlets covered the unusual story. Paul has extensive experience interviewing political and military leaders in Egypt, Israel and Jordan, including the former prime minister of Jordan, the political advisor to Egypt’s President Mubarak, and senior generals in the Israeli military. Paul is the author of seven books including How to Save the Constitution, How to Read the Constitution and the Declaration of Independence, the Bassam Adventure Series and The Naked Socialist. He has revised and edited several of his father’s books including Fantastic Victory, The Cleansing of America, The Five Thousand Year Leap Glenn Beck Edition, and The Majesty of God’s Law. He is currently writing the Biography of W. Cleon Skousen, among other projects, and is a frequent speaker and constitutional instructor. Additionally, Paul has been a columnist for The Daily Caller, and currently teaches communications and journalism at Utah Valley University. 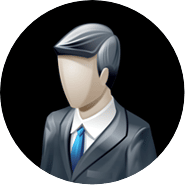 It serves as an important foundation piece: a starting point providing a simple overview of the reasons, principles, importance, and ideas of a sound democratic government.

I feel this work would prove an excellent resource in current governmental and political debates in universities and classrooms, particularly for its strict attention to detail in the original historical intentions of the development of policy and law for the independent United States of America.

Save $1000's by Avoiding Common Mistakes
Learn about The Top 5 Self-Publishing Mistakes by authors, and how to avoid making them yourself!