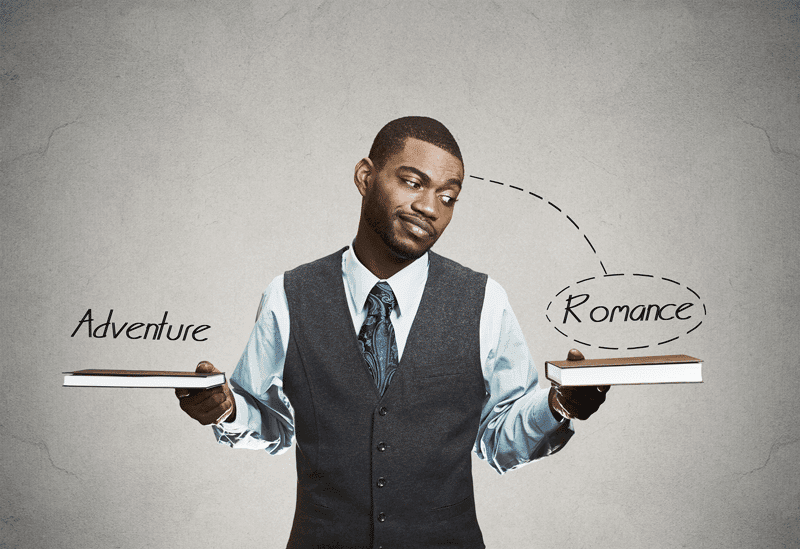 Before you plan your writing and publishing process, it pays to be aware of the bestselling publishing genres. Not every author looking to publish will define success as selling as many books, or making as much money as possible. But at the same time, few authors aren’t interested in putting their book in front of as many interested readers as they can. And for self-publishing authors, earning a return on your book is key to making your investment worthwhile, and at least earning it back. Both are essential for cultivating a lasting career as an author. So if writing a best-seller is high on your list of aspirations for your work, you should know ahead of time which genres are most likely to become best sellers.

Some self-publishers may believe it’s not possible to publish a bestseller without the help of a large, traditional publishing company. But this is not the case anymore, if it ever was. James Redfield, author The Celestine Prophecy, self-published that book in 1992. It was eventually acquired by Warner Books, becoming a #1 bestseller and selling over 20 million copies. John Grisham first published 5,000 copies of his first novel, A Time to Kill, through a small publisher. It was later reissued by Doubleday. Neuroscientist Lisa Genova went against the advice of her literary agent in deciding to self-publish Still Alice, and ultimately received glowing reviews. It was consequently picked up by Simon & Schuster for a reported sum of half a million dollars.

The chances are even greater if your book falls within several bestselling publishing genres. While the quality of your writing, as well as your marketing efforts, may be the main factor in achieving a self-published bestseller, some genres do lend themselves to this success more than others. While this list covers trends of the last several years, and the last decade of rising success for self-publishers, these trends are ever-changing, and it is always worthwhile to do some of your own research on bestselling publishing genres.

There’s a clear first on this list, and it is the romance genre. Romance novels made up an astounding 40 percent of Amazon’s e-book sales in 2015. In many ways, Romance has benefited more than any other genre from the revolutions of the digital age in publishing. Between 1994 and 2008, the genre accounted for 5 to 9 percent of bestselling books. In 2012, however, the genre included 25 percent of the bestsellers followed by USA today. EL James’s Fifty Shades of Grey was originally self-published, arguably sparking the surge in romance and erotica within digital and indie publishing. It became the fastest selling book ever on record in Britain, ultimately selling more than 125 million copies worldwide. But the popularity of the romance genre extends far beyond erotica. In fact, just 1.2 percent of Kindle sales in 2015 were erotica. The romance genre also includes historical romance, fantasy and paranormal romance, Christian romance, romantic suspense, among many other subgenres.

Half of all of Amazon’s e-book bestsellers are either romance, or fantasy and sci-fi books. These genres have vibrant online communities and forums which share recommendations, and these genres offer authors clear ways to reach their target audience. In 2014, self-published sci-fi and fantasy books took over much of Amazon’s bestseller list. Andy Weir’s The Martian started life through self-publishing, to become the year’s biggest mainstream sci-fi hit, and ultimately a successful film the following year. Hugh Howey, best known for the sci-fi series Silo published independently through Amazon’s Kindle Direct, sold more than 250,000 copies, sold film rights to director Ridley Scott, and earned a six-figure deal with Simon & Schuster, before ever working with a traditional publisher. His success led to a wave of independently published sci-fi work. Together, sci-fi and fantasy make up another of the bestselling publishing genres.

Overall, the market for these books is huge, at over 782 million dollars, and includes such success stories as those of John Grisham and Stieg Larson, writer of The Girl With The Dragon Tattoo, which ultimately earned 50 million dollars. Out of the top 100 mystery and thrillers sold on Kindle, 11 percent were self-published, as of 2015. As with other prime genres for self-publishing, indie publishing affords writers of this genre a chance to publish several books quickly, building an audience and a following with the tools of the internet. Online communities allow authors to connect directly to their prospective audiences.

This is by no means an exhaustive list of bestselling publishing genres. Christian literature is another huge, growing market with plenty of room for self-publishers. Young-adult literature and non-fiction are also good possibilities for self-publishers, and have seen unprecedented indie success in recent years. These trends change constantly, and to some extent, any popular genre could succeed as a self-published book. While there are sectors such as traditional literary (non-genre) fiction that remain fairly dependent on large publishers and their avenues for marketing and distribution, self-publishing has shattered many barriers in the last ten years. Who can say that it won’t break through even more boundaries in the coming years?