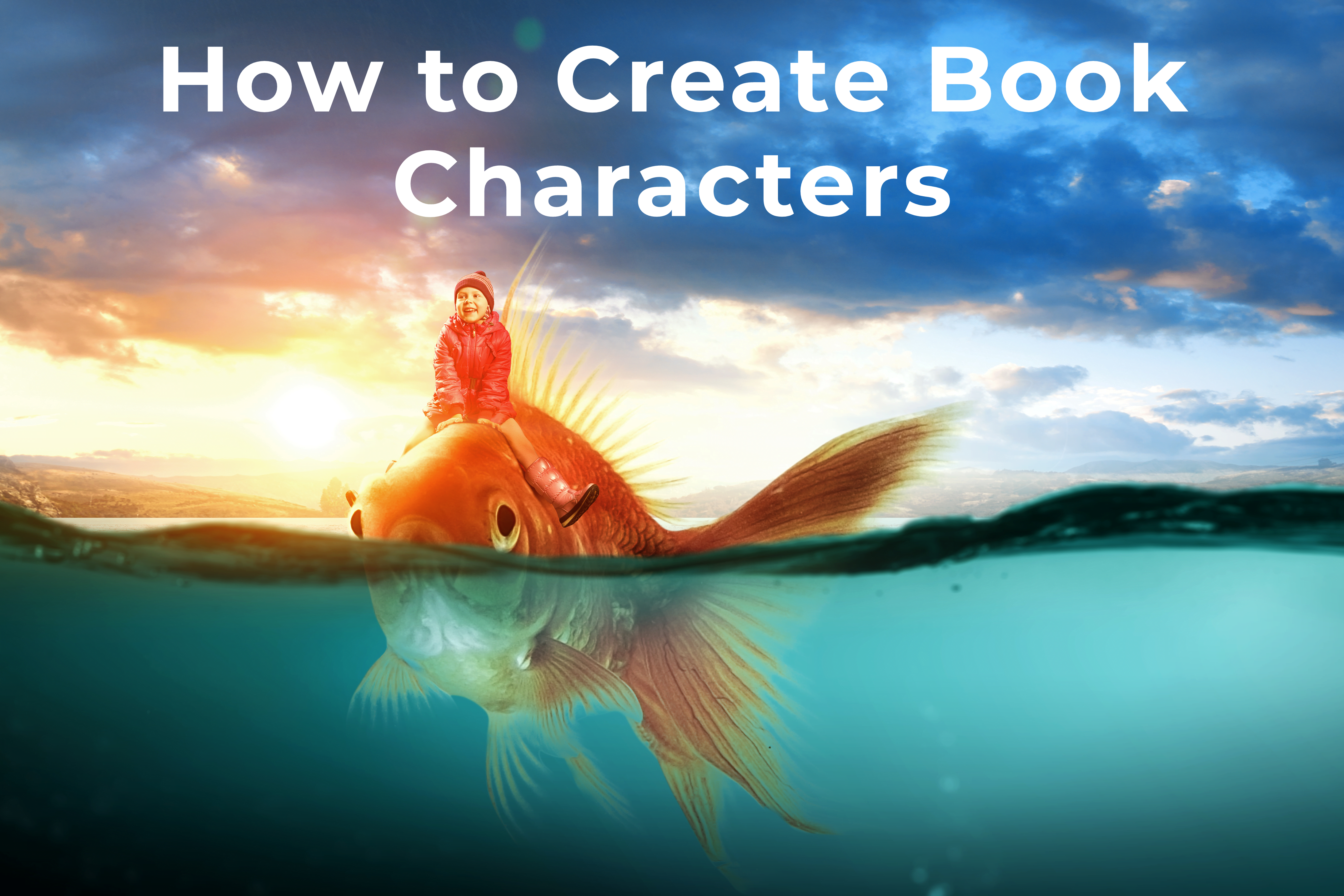 Great characters are arguably the single most important element of great fiction writing. Characters aren’t just props in your story, they act as a window allowing readers to step into the story and setting. To be emotionally impacted, readers need to relate to the characters that are experiencing the events. And the most effective stories revolve around the ways those characters develop in response to those events. One of the most dangerous pitfalls for new authors is failing to make their characters relatable, authentic, human, and complex.

But in a way, learning how to create book characters is more of a science than an art. While there is creativity necessary to build characters, there are also time-tested fundamentals that can be learned by anyone, as long as they’re willing to put in the time and effort. You might be surprised to learn how many of your favorite books, not to mention the world’s most honored works of literature, rely on similar elements to build their characters.

How To Create Book Characters

One of the first steps in crafting a story, and one of the most difficult, is to paint a full, vivid picture of your main characters. These characters should drive your plot. If you’re outlining a story and finding it isn’t focused on characters, you’ll need to figure out how to tell it through the eyes of relatable human characters. For example, you may be telling an epic story of the rise and fall of an historical empire, near-future space exploration, or a zombie invasion—there’s nothing wrong with getting ambitious and telling a story on a large scale. Just make sure your characters are at the center of your events—whatever you want to happen in your world should happen directly to your characters, and the reader should experience events through their eyes.

Avoid waiting too long to introduce major characters, without foreshadowing their appearance early on. And don’t short-change minor characters. You may not invest as much in them as your main characters, but they’re crucial for building a novel, and a well-crafted side character can make a story that much more memorable.

Above all, an author needs to understand their characters fully, even aspects that won’t be revealed to readers. You should know your main characters as well as you know yourself. This helps lend your characters the ring of truth, which is critical for getting your readers involved. As the writer, it also helps you understand how your characters should react to events. You might not, and in most cases should avoid, explaining a character’s entire life story in your book—but knowing it will help you depict a believable, complex, and fully formed character. You should always know more about your characters than what ends up in your novel.

Consider keeping separate notes to track, or profile, your character’s traits, backstory, and motivations. It’s important for their thoughts, appearance, and actions to be consistent throughout your story. Although, that being said, they can and should surprise the reader at times. Just make sure those surprises fit into the big picture of your character.

Main characters will generally fall into broad categories of protagonist central characters, antagonist enemies or villains, and foil characters that serve to contrast with your protagonist and call attention to their traits or character development. In the example of Star Wars, Luke Skywalker would be considered the protagonist, Darth Vader the antagonist, and Han Solo a foil character—his irreverent, cynical, roguish nature highlights Luke’s naiveté, youth, and the way he represents the “light” or goodness in humanity.

Characters can be distinguished as unique individuals with seemingly minor idiosyncrasies of speech and gesture that help them stand out. For example, consider Harry Potter’s tendency to start dialogue with “Erm…” when he’s in a difficult situation.

Try to give the character physical form, so the reader can see them occupying physical space in their mind’s eye. Always include flaws and vulnerabilities, even (especially) for powerful and heroic characters. Flaws help define your characters while also ensuring they’re relatable.

While it does pay off to create characters that are original and unique, many of the greatest fiction characters are also rooted in timeless and universal concepts of mythology and the human experience. Called archetypes, these are core character types that are universally understood across cultures, and have been a part of stories for thousands of years. Skillful use of archetypes can help readers instantly understand and relate to your character.

Archetypes also provide a great foundation to start building your characters when you’re not sure how. A skillful author will balance these universal archetypes with unique ideas for characters. Even if you’re basing characters on real-life individuals, you can find the archetypal elements in those characters, and in how they relate to the world you’ve created.

You may be wondering, where is the line between tapping into an archetype and relying on a tired cliché? How do authors draw on the power of these ideas while creating an original and unique character? Archetypes represent the heart of characters when they’re boiled down to their core essence. Han Solo may be an archetypal outlaw, but he also has layers of his character that are unique to Star Wars. In this case, the character archetype had been used in western films countless times in the preceding decades, but was now inserted into a starkly different setting. Along with memorable and original dialogue that drew on the detailed lore of the Star Wars universe, the setting allowed Han Solo to tap into the core Outlaw archetype without feeling like a lazy, cookie-cutter cliché.

You can think of archetypes as the role a character steps into when they enter your story. There may be more to them as a fictional human being, but in relation to your story and other characters, they play the role of the Outlaw or the Hero.

Clichés, on the other hand, depend on their cultural context. It’s essentially an idea that your audience has seen so often that it loses a sense of originality, and as a result, may detract from their immersion in the story. If there have been a lot of popular books over a decade that rely on a certain type of character, a cliché could be created where it didn’t exist before. To avoid clichés, try to be well-versed in your genre.

If you’re writing a romance novel, for example, there will be certain character traits or backstories that will feel recycled for your readers. Generally speaking, clichés will involve more specific traits than the broad concepts that make up an archetype. The general idea of an outlaw that lives by their own rules is an archetype. Introduce that outlaw in a shady bar, where he’s smoking and drinking whiskey in a shadowy corner, and you might run the risk of falling into cliché. Know your audience and know your genre, and they should be easy enough to avoid.

The importance of characters

To return to our example one more time, what is the first thing most people think of when they hear the words Star Wars? More often than not, it will be Luke Skywalker, Darth Vader, Yoda, or another character. And this is a story that, more than most, spends a great deal of effort creating a fictional universe, setting, mythology, and even technology. Yet, nothing is more iconic than those core characters.

You can spend all the effort in the world crafting an interesting series of events, and a rich setting in which they occur—but without characters that draw in your reader, they will ultimately feel hollow. It’s your characters that readers will walk away thinking about. So it’s worth learning how to create book characters that truly come alive.

PreviousPrevious post:How to Use Microsoft Track Changes
NextNext post:How To Write a Memoir